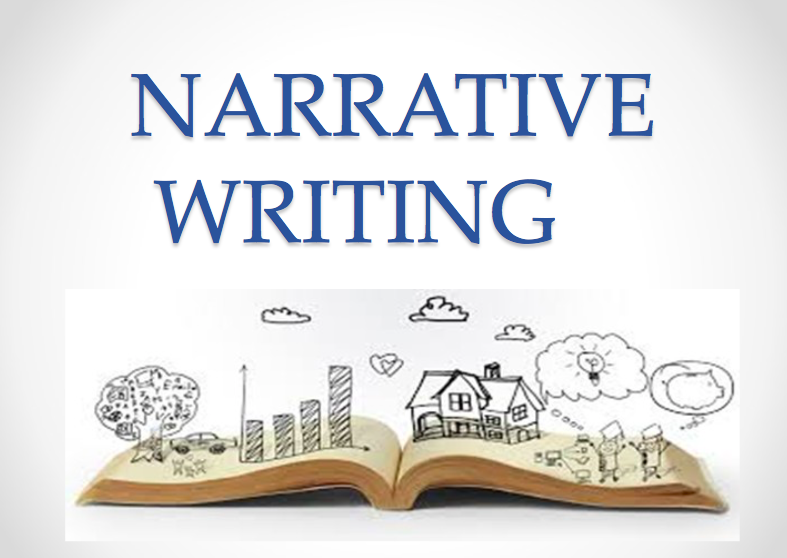 “Narrating is an art, like poetry-making or painting, because it is there, in every child’s mind, waiting to be discovered, and is not the result of any process of disciplinary education”.

The above quote is so true.  As a kid, other than my school books, I took a fancy to eyeball through the daily news as well as started reading novels by Ruskin Bond and others.  I used to wonder then that what was so different about these two literary forms.  It was only later I realized that they were different forms of narrative writing.  The stories could be real, fake, or a mix of both.  That was my first introduction to narrative writing!

In our daily lives, we are all engaged in the act of narrating events or cooking up a good story. The narrative helps us to integrate definite events by a theory or idea.  It comprises of the main character or the protagonist who confronts a problem or engages in the so-called activity or experience. The entire account revolves around this main character and is referred to as the plot.

Always remember that an effective narrative should engage the audience’s attention with an electrifying story, well-articulated language and a meaningful dissertation. You are free to use first-person, second-person or third-person narrative.

Narratives have been around since time immemorial and here is our chance to delve in deeper into the four common types of narrative:

As the name suggests, the reader finds out what happens in a chronological order and he journeys through each episode vividly. Film narratives are generally linear, wherein, story unfolds in the same sequence in which the events occur.

These narratives break from the conventional set up.  Here the events do not follow a chronological order.  Since they are not arranged in any particular order, they allow the audience the freedom to choose the path in which the story follows.  This writing is resorted to if the author intends to withhold information from the audience. For instance, a detective story is a good example of a non-linear format since there might be bits of information revealed towards the fag end as a surprise element.

This is known to be one of the oldest and a definite form of telling a story.  A quest is an adventurous journey undertaken by the protagonist, who generally faces and overcomes a series of obstacles, returning victorious in the end from his quest.  For instance, Sinbad the sailor.

This form of writing focuses on the perspective the writer choses to tell a story. By employing view point narrative, you can write a story from a single character’s viewpoint.  Hence, the reader will see the story unfold through that character’s eyes.

With a boom witnessed in the online writing classes, it is important to select the course which is worth your investment and helps you polish your writing skills.

If you wish to learn from the experts and are still scouting for the right deal, consider your search ends at Unluclass.  “Learn writing online with Ruskin Bond” is your chance to learn from him first hand the art of writing.  Bond is a celebrated writer and has been a recipient of Padma Shri (1999) and the Padma Bhushan (2014).  His self-paced sessions take you through his journey and Bond shares valuable lessons in this course.  So grab this golden opportunity and get wings to your dreams of becoming a world class writer!

Written by Heli, a content writer at Image4Security who has written on  security kinds of stuff. In her spare time, she enjoys singing, sketching, cooking, and video games.