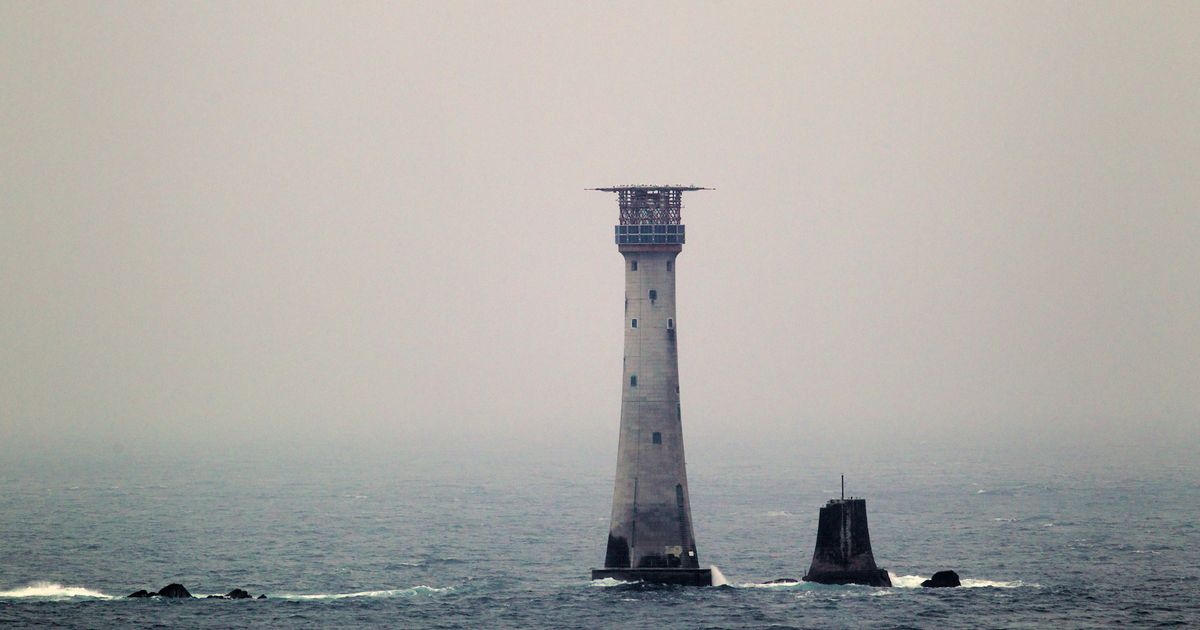 Eddystone lighthouse is quite a popular name that you must have heard at some point in your life so far. This article is going to be quite an important and amazing one. Those who are interested in taking a dive into history for exploration will find it very entertaining. A large number of stories are associated with this lighthouse. The association of those incidents and stories is what makes it exceptional and extraordinary as compared to others. Let us start our journey and take you to a whole new realm of a very special historical monument.

What is it all about?

It is the first lighthouse of the United Kingdom. Talking of its exact location, it is situated about 14 miles away from the coast of Plymouth. One of the most popular and successful merchants, inventors, and engineers named Henry Winstanley developed this marvelous architecture. It was first lit on November 14, 1698. Winstanley explains that he built this great architecture in order to provide safe passage to the boats passing by.

In order to serve its purpose, it was built as strong to withstand even the most intense storms. Since the Eddystone reef was quite a popular spot that had caused enough shipwrecks at that time. The construction of this lighthouse became one of the crucial parts of history. When the construction of this structure began in the year 1696, it suffered a major setback. It happened when a famous private ship kidnapped Henry Winstanley and took him as a hostage. The situation got worst when the merchant destroyed the foundations of this lighthouse.

Once the construction was complete, it stood about 80 feet tall above the reef. After the completion of construction, it was first illuminated on November 14, 1698. A great hanging lamp along with 60 candles was lit on the first day. This is how the first lighting of eddystone lighthouse happened. And this day is remembered as a historic day in the whole history of this lighthouse. Though it was made with a motive to withstand even the strongest winds and storms. Based on the technology available at that time, this ultra-high structure was unable to cope with the strong winds so efficiently.

Even after the structure was complete, it faced severe damage whenever storms arrived. Due to this reason, a large number of repairs used to go on all the time. Those repairing works were implemented in order to undo the damage done to the tower by strong winds. After several repairs renovations, this structure was officially completed in 1699. At that time, the total cost involved in the construction of this project was estimated to be around 5000 pounds.

What happened after that?

Even after the official completion of this story, the struggle of this lighthouse with storms continued further. There came a time when an exceptional storm which is known as the Great Storm hit the United Kingdom. We are talking about the year 1703 when one of the most severe storms hit the UK. It remains the only storm to date that was able to hit Britain with full momentum. The damage done by this storm was quite vast. The Great storm cost the lives of about 8000 people. It is an estimated figure that claims that about 8000 people died due to this storm.

Mr. Winstanley was inside the lighthouse during that storm. Two eddystone lighthouse keepers were also with him at that time. The storm damaged this structure completely and all three people who were inside died. And those three bodies were never found when the storm was over. This lighthouse was built again after being completely destroyed by the Great Storm. In fact, it has been rebuilt three times after that.

Since it was rebuilt after being completely destroyed by the storm, this structure too was destroyed by fire. When the roof of a lamp went ablaze it caused the fire that eventually destroyed the whole structure. This tiny problem caused the whole structure to be destroyed. Now let us talk about the most recent established structure of this lighthouse. This incarnation was completed in 1882. AND this time, a very talented engineer named Sir James Douglas was behind the establishment. This structure was completed in 1882 under his supervision. He did it with a motive as he wanted the vision of the Winstanley to live on forever.

The legacy of this structure

These incidents are not enough to make this structure remain in the limelight for eternity. There was a novel named Moby-Dick by Herman Meville. This novel was all about seafaring and it gained enough popularity. It is said that the name of this structure being mentioned in the novel is a major reason behind making it an immortal structure. Some of the very popular sentences in the novel have expressed the beauty and emotions related to this lighthouse in the best way. This novel does fine work in rejuvenating the emotions and expressions associated with this lighthouse. A large number of people still remember it because of the first lighting of eddystone lighthouse.

Why does Google celebrate this structure?

Google Doodle celebrated its milestone by making a doodle dedicated to the Eddystone lighthouse. The doodle was designed to express the sea waves crashing off the base of Eddystone lighthouse. This image portrayed the sea waves along with a few ships and galleons trying to pass through the waters nearby. Google basically celebrated this structure because of its diverse history that shows the undefeated emotions and courage of the people behind building this structure again and again. Even though this structure faced several hard times. In fact, it has been destroyed many times.

Since we have talked about it in the earlier sections of this article as well, let us give you a quick overview of the history of this lighthouse.

The first structure was completed but then it was repaired after the end of the first winter. Then it was transformed into a 12-sided structure. This structure was made stone-clad from the outside and had an octagonal top section. It is the same structure that we have already mentioned. The whole structure was shattered to pieces when the Great Storm hit England.

Then the second structure was completed on the same site. The work on this one started after John Lovette leased the rock and instructed John Rudyard to design a new one. The second lighthouse was entirely made of wood and was completed in the year 1709. This lighthouse met its end when the lantern on the top caught fire and destroyed the whole structure. Three people who were inside were rescued. But a 94-year old man named Henry Hall days a few days later because he had ingested molten lead from the roof of the lighthouse.

Talking about the lighthouse standing today, its construction was finished in 1882. It is about 49 meters tall. It has a white flashlight that is lit after every 10 seconds. Anyone could see the white flash from about 25 miles away. It is quite astonishing to see that the structure stands tall even after several unfortunate happenings. As time passed, it went up seeing a large number of modern improvements that made it safe to function as compared to earlier times. There is a large number of things you need to know about it.

This lighthouse was made fully automatic in 1982. Hence eliminating the need for keepers to maintain the proper functioning of this lighthouse. The lantern was also eliminated with an electrically-operated one. So, there is no risk of any fire hazard that destroyed the second lighthouse. The light that can be seen from about 25 miles away draws its power from solar panels.

There is a large number of things we told a lot about it like the first lighting of eddystone lighthouse and many others. This memorable structure is a symbol with many expressions. It is amazing to see that the fame of this structure has not faded even today. We hope this article served its purpose and made you aware of the interesting facts associated with Eddystone lighthouse. The amazing history of this structure makes it come to the limelight again and again for people around the world.