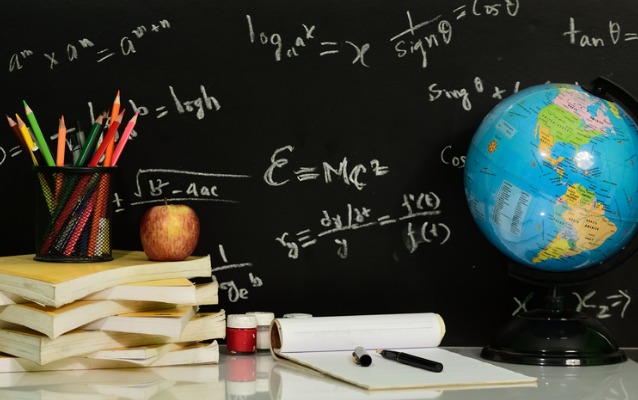 Hello everyone we are going to discuss the jam round that is just a minute. Basically what’s jam around jam around this just a minute so you’ll be getting about one minute to two minutes and you have to speak about that particular topic in a continuous flow now what do you mean by continuous flow is first of all they’ll be checking your communication skills that do you stutter or do you pro take a lot of time processing things in your head and converting them to English.

So, on so forth you do you have knowledge about current affairs because most of these topics would be based on current affairs. I’ll also show you all the different topics as well and you know make sure you know there are a few pointers that you know even Deloitte wants you to cover. So, I’ll just show you just give me a second. so first of all you just give me a second have opened the wrong slide, i guess right so make sure that you creep you it brief that is one to two minutes you not more not less than one minute and not more than two minutes. Read jam topics to excel in interview. Talk about the positives you talk about the challenges and make sure that there’s always comedy always a conclusion , these three things are very very important exceptional communication skills.

Deloitte will not hire you if you have mediocre or okay communication skills, they need to they are basically they may they find that okay if you do not know coding because they’ll teach you in that training, but they want people with exceptional communication skills right!

Some Statistics in Deloitte rounds

Now let’s say if i have chosen the number seven and the topics against that is let’s say global warming for example right now somebody else cannot choose number seven again. He has to choose the other number apart from seven in that particular group now it’s not a group discussion but however because in a group discussion there’s a common topic and all of them have to speak about that topic sometimes contradict one another, so it’s basically a discussion about a topic however jam round is every person in the group will get the different topics, you have no relation in terms of what other people is what the other person is answering so that’s basically the jam round. Now, one more thing is you in the jam round make sure that again a said positives challenges and conclusion, as well this is something that we are talking about with amazing communication skills.

So, in our Deloitte course we already are basically covering the jam around just to show you the topics right! These are some topics that you Deloitte have previously are so you can take a screenshot of it as you, if you like right apart from that we also have a pdf wherein we are basically you covering all of these things so for example. This is the pdf wherein for one particular college you we you know compiled the list of all the topics. That were asked I know that this is not readable so what we’ve done already is you we have put this particular thing on our Deloitte dashboard, so let’s say if you go to prep insta just go to Deloitte you.

For example: Let’s say we’re right so there’s Deloitte so from here you can you know check all the previous year papers of quants logical verbal you and solve all of these questions paper topic you we have all of them, but in the in this case we have jam topics as well right so in jam topics all of these topics mentioned in the pdf and other topics that we got from other colleges have been mentioned on this particular page, also I saw a few pages on the internet who were putting random topics and since they are not partnered with any particular college per se or company perse.

So, you know they’ve just put like global warming so just like i thought in my head global warming and you will believe me because global warming is a topic that can be asked in a group discussion or jam right you, but these are all the things.

For example, AI to combat you fake news introducing ai in healthcare recommendation-commerce platforming, decision making impact on sports, you in sports, farming disaster management start-ups are they just a trend failure of start-ups, So make sure that you check this particular page what all the topics that are here we’ve already mentioned here. so most of the topics a recurrent trends that’s really important for all of you right and there are people so for example out of the 15 people they’ll only be selecting six people out of 15 and to be honest, six is a higher number to be honest I’ll say out of 15 only five people that is two thirds of the people will be rejected, one third would be selected so based upon whatever you’re saying is that making sense have,

You followed a proper way then you’re introducing I then you’re talking about the positives then you’re talking about the negatives and then you are reaching.
On a conclusion, importance of Jam topics, so is it in a formatted manner or not and you know basically you are able to impress the end user, as well by using a lot of good heavy words so we already have a course on Deloitte you that you can check apart from this you just give me a second all right. Do you prepare for that so just like I’ve already told you on prepinstead.com you’ll get all the things apart from that in prepensa prime subscription we already have the Deloitte course, where in we’ll be covering everything that is the aptitude or the online test aptitude, reasoning verbal version, test interview preparation .

So for example, In interview preparation you will be asked DSA or you will be asked about DBMS or SDLC or OS right, so you can’t keep on purchasing different courses for your interview preparation you can’t be like okay now Deloitte is coming so i need all of these courses. Theses is coming now, I need a different course now let’s say a product based company is coming so, I need a particular course for the previous year papers of that company and apart from that cc plus, plus DSA , competitive coding etc.

So, which is why we have launched prep insta prime wherein, you cannot buy one course you get the whole subscription and you will be able to access. All the courses that are offered by prep and start just single just within one subscription. So it’s kind of like Netflix but for placement preparations it’s just like a Netflix,  you can’t buy one course but you you’re buying the whole you can’t buy one movie you but you’re getting the Netflix subscription and you’re able to access all the all the movies that are there on Netflix, so with prepense prime it’s also the same that is you get preference of prime subscription and you’re able to access aim L Cyber Security, CC plus plus, Java python basic, coding, daily live lectures of approximately, seven to eight hours apart from these self-paced courses. Hope you learn a great thing today.