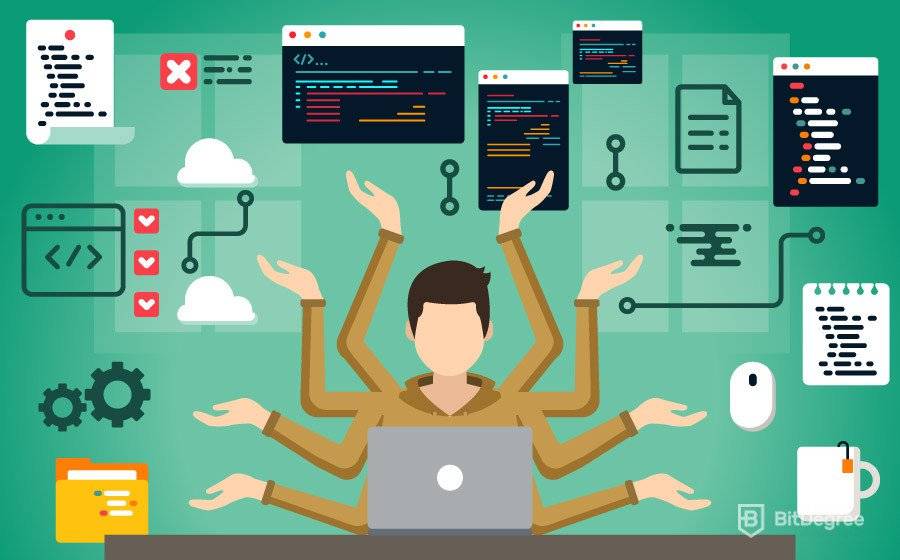 Performance optimization is a key aspect of mobile app development, as it ensures that the app is fast and responsive for users. Full stack developers play a crucial role in this, as they are responsible for both the front-end and back-end of the application. In this article, we will discuss strategies and tools that full stack developers can use to maximize the performance of their applications. We will cover topics such as identifying and addressing bottlenecks, optimizing the front-end and back-end, caching, using asynchronous programming, code optimization, using performance-tuning tools, and monitoring and analyzing. With these strategies and tools, developers can build faster and more efficient applications that provide a better user experience and ultimately increase sales.

One of the main tasks of the full stack developer is to find and identify the specific areas of an application where performance is lagging using tools such as code profiling, performance monitoring, and load testing. These tools can help to identify bottlenecks such as slow database queries, poor network performance, or unoptimized code.

Once bottlenecks are identified, the developer should address them using the appropriate optimization strategy. For example, slow database queries can be optimized by using indexes, caching, and denormalization, while poor network performance can be improved by using a content delivery network (CDN) or optimizing the size of assets such as images, CSS, and JavaScript files.

In addition to identifying and addressing bottlenecks, a good full-stack developer should also be able to implement monitoring and analysis in order to continuously track the performance of the app, in order to make data-driven decisions to improve performance as the app evolves.

Optimizing the front-end is an important aspect of mobile app development, particularly when it comes to creating a fast and responsive user experience. When looking to hire Android developers to work on your project, it’s important to find developers who have experience with front-end optimization and can help improve the performance of your app.

One of the main tasks of the Android developer will be to minimize the number of HTTP requests and reduce the size of assets such as images, CSS, and JavaScript files. This can be achieved by using techniques such as image compression, minifying code, and concatenating files.

Another strategy that can be used is to utilize browser caching. By enabling caching, the browser can save the assets of your app, so they don’t have to be loaded every time the user visits the app. This can improve the loading time of the app, especially for returning users.

Additionally, using a content delivery network (CDN) can help deliver assets faster by using a network of servers around the world, allowing the app to be served to the user from the closest server.

Furthermore, the developer should also optimize the layout of the pages to reduce the size of the pages and the number of elements on a page, as well as making sure that the app is responsive and adapted to different screens and resolutions.

Optimizing the back-end is an important aspect of mobile app development, as it can greatly impact the performance and scalability of an application. The back-end refers to the server-side of the app, which handles logic, data storage, and processing of requests from the front-end.

One strategy for optimizing the back-end is to optimize database queries. This can include using indexes, caching, and denormalization to improve the performance of queries and reduce the load on the database. Additionally, reducing the number of database connections and utilizing connection pooling can also help to improve performance.

Another strategy is to scale horizontally by adding more machines or vertically by upgrading existing machines. Horizontal scaling refers to adding more servers to handle an increase in traffic, while vertical scaling refers to increasing the resources of a single machine. This can ensure that the application can handle an increase in user traffic and maintain high performance.

Caching is a technique used to store frequently accessed data in memory, so that it can be quickly retrieved when needed. It is widely used in mobile app development as a way to improve the performance and scalability of an application.

There are several types of caching that can be used in mobile app development, including client-side caching, server-side caching and CDN caching.

Client-side caching is used to store data on the client-side, such as in the browser’s cache, so that it can be quickly retrieved when needed. This can improve the performance of the app, particularly for returning users, as the data does not need to be downloaded from the server again.

Server-side caching is used to store data on the server-side, such as in-memory caches or disk-based caches. This can reduce the load on the database and improve the performance of the app by quickly retrieving data from the cache instead of the database.

CDN caching is used to store data on a network of servers around the world, so that the app can be served to the user from the closest server. This can improve the performance of the app by reducing the time required to download assets.

Caching is an effective way to improve the performance and scalability of an application, as it allows data to be quickly retrieved from memory instead of being re-downloaded or re-processed. When used in conjunction with other performance optimization strategies, such as database optimization and server scaling, caching can greatly improve the overall performance of a mobile app.

Asynchronous programming is a technique used in mobile app development to handle multiple tasks simultaneously, rather than waiting for a task to complete before starting the next one. This can greatly improve the performance of an application, particularly in situations where tasks are dependent on the completion of other tasks or involve external resources such as network requests.

There are several ways that asynchronous programming can be implemented in mobile app development, including using callbacks, promises, and async/await.

Callbacks are a way of providing a function to be called when a task completes. This can be useful for handling events or performing an action after a specific task completes.

All of these approaches are used to handle multiple tasks simultaneously and thus, improve the performance of the app. It can help to reduce the time required to complete tasks, such as network requests, file I/O and database operations, thus, improving the overall responsiveness of the app.

In this article:hire full stack developers